Hilarious funny memes of all time: These funny memes are not just any funny memes, they are THE FUNNIEST MEMES OF ALL TIME. They’re dank, hilarious, and wildly popular. Funny Quotes – I refuse to join any club that would have me as a member. Do not take life too seriously. · Behind every great man is a woman rolling her eyes. The most famous internet memes of all time. Read through these funny quotes and memorize a few to help lighten the mood when it’s needed. There’s nothing like a funny quote to relax.

1. “My husband when I leave him with our kids for any amount of time. [In squeaky voice] I’m fine.”

3. “Laughing at everyone panic buying gas while I hope I run out so I can’t go to work” 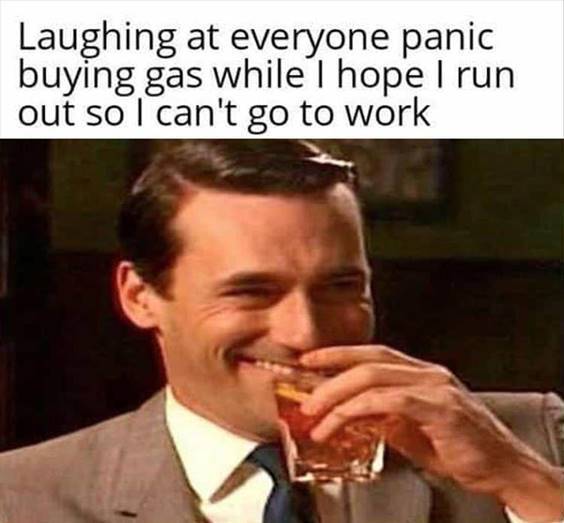 4. “Chick-fil-A- A sets sauce limit as industry-wide shortage hits chain. trib.al/Wyk8ZvX These are the plagues of the bible I fear”

5. “179 million vaccinations 1 person who got an upset tummy” 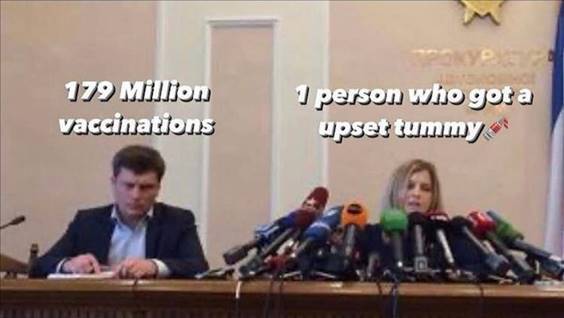 6. “Me when I start dating again after getting vaccinated. Reused me until I break”

7. “I was wondering if spider-man’s spider-sense is based on actual thing spiders can do so I googled “Can spiders sense danger” and the national wildlife federation treated me like the dumbass I am spider sense spiderman is able to sense danger lurking near, the warning signal coming as a pain in his head that varies with the intensity of the threat. Spiders can detect danger coming their way with an early-warning system called eyes. You probably”

8. “I’ve got a bet with my wife on how long it takes her to realize the basket has holes in it.”

That Was Funny Meme

10. “I’m starting to think most people aren’t as smart as they think they are.”

11. “Me taking off all my clothes: “Let’s do this. Absolutely no clothing or footwear is allowed in a garden center in the emergency push to open”

12. “LMAO. Y’all will really do anything except pay people more money.”

15. “Japanese steakhouse & Sushi if ur looking for gas head to wendys. Their chili should keep u going for days”

Memes That Are Funny

16. “Dudes will know each other for a decade and not have one photo together.” 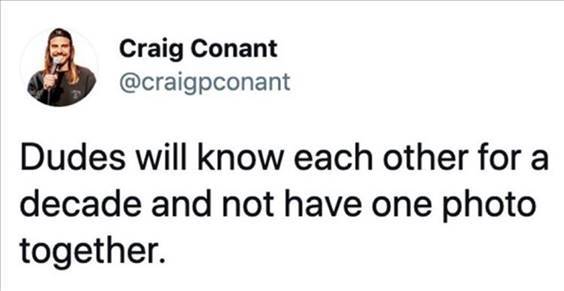 17. “Uh oh… Made my boss mad by using the vacation days my boss gave me”

18. “Serious question: When someone’s telling you a sad story and crying how long should I wait before I take a bite of my corn dog?” 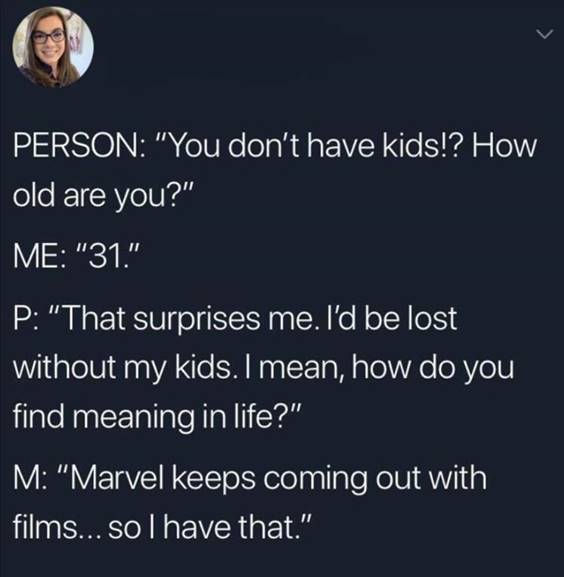 20. “I don’t get how Elon can run 4 companies, have 6 kids with 2 different women, trying to get humans to Mars, and still find time to respond to poontapper63345 oh how bitcoin sucks”

21. “Every day I feed my cats the exact same thing and every day they look at me like I got their order wrong”

22. “It’s possible the CDC saw a bunch of us trying to hoard gasoline in old burger king cups and just gave up”

23. “Isn’t Instagram amazing, you can just like the person’s message and that’s t he end of the convo”

24. “I used to read 3-4 full sized novels in middle school. Now I see anything longer than a paragraph and bounce. I’ll miss u brain cells, can’t believe u peaked at age 12” 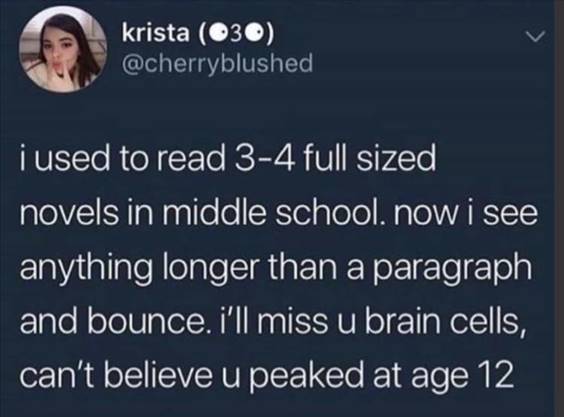 25. “Facebook is the greatest “Holy shit I didn’t realise that person was insane” app of all time”

26. “The CDC now recommends that only dads touch the thermostat.” 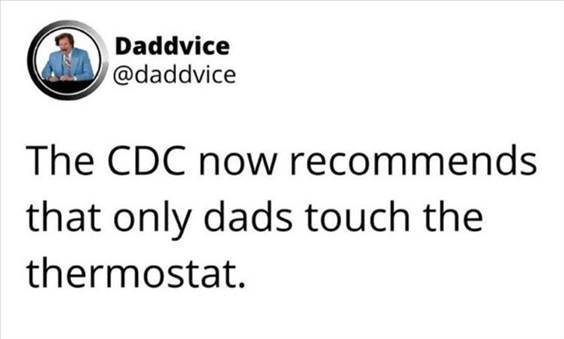 27. “Wife: Why is there a bouncy castle in the garden? Me out of breath with no shoes on: I’m not sure.”

28. “Perhaps the best one-liner in a student paper this semester, “The analysis is severely limited by my lack of understanding of what I am doing.””

Funniest Memes In The World

29. “One minute you’re young and carefree and another you’re reading non slip sock reviews on Amazon.”

The Funniest Memes In The World

31. “The CDC says they can drop off fully vaccinated people at the movies if their mom can pick everyone up but they’re not doing both”

33. “The CDC has announced that my double chin will be back on full display again”

Funniest Memes Ever Made

34. “I have faced more peer pressure to drink oat milk than to do drugs” 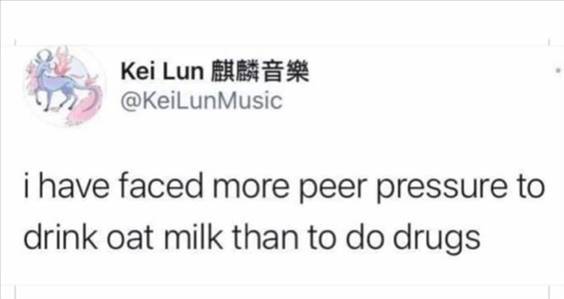 35. “Me: Do you think Kevin bacon refers to his nipples as his bacon bits” 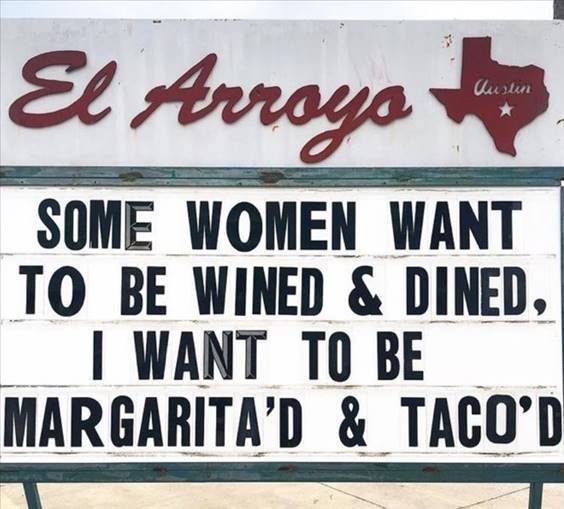 37. “IBM announced that it has created the world’s smallest and most powerful microchip.” “Not now!””

38. “It’s her summer break so I woke my 12 year old daughter up at 5:15 this morning. I’ve been waiting for this revenge since she was 4. When she asked my why I was up I told her my blanket fell off the bed.”

39. “One day I hope to be rich enough to not do a double take every time I see abandoned furniture on the side of the road.”

The Most Funniest Memes

Where To Find Funny Memes 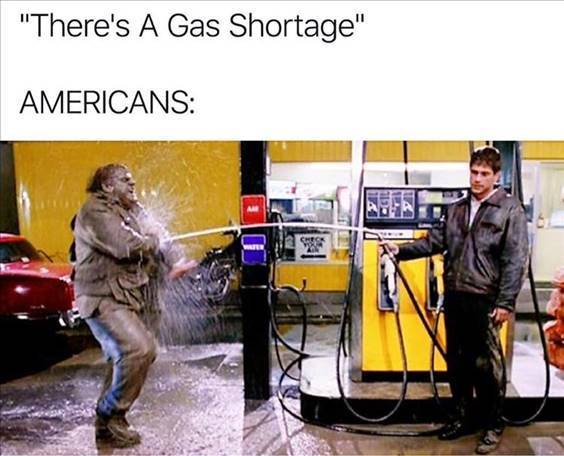 43. “The CDC watching y’all put gasoline in a Ziploc bag after trying to keep us alive for a year and a half.”

44. “One of the hardest pills to swallow is being a biological parent trying to discipline the you out of your child.”

47. “The number one thing I’ve learned from my cat is, if you can’t hide the crime, pretend to be the victim.” 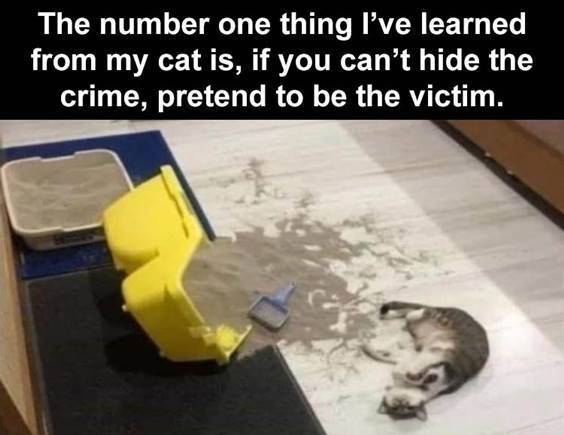 48. “When you ask a jeep owner why they just parked like an idiot. It’s a jeep thing, you wouldn’t get it”

50. “I’m exhausted by how stupid everyone is getting.” 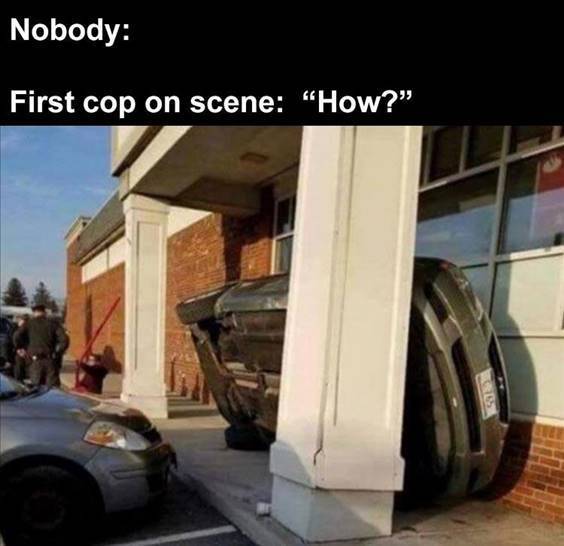 Read:   112 Funny Thursday Memes to Get You Through Week
Related Topics:funny imagesfunny memesfunny quotes
Up Next